Inside and outside of Oakland

President Rand Paul? It's wayyyyy too early to tell Much ado was made about a straw poll at the every-other-year Republican Leadership Conference on Mackinac Island Sept. 20-22.
Among Republicans who gathered on the 3.8-square-mile island, Kentucky Sen. Rand Paul was the presidential favorite among the 526 conference attendees.
And Republicans reaffirmed their support for Lt. Gov. Brian Calley, who faces a potential challenge from Wes Nakagiri at next year's nominating convention.

Aaaargh Matey, it's International Talk Like A Pirate Day

Michigan lawmakers had a lighthearted moment back in June when the state Senate officially recognized Sept. 19 as Talk Like A Pirate Day.
Saginaw Republican Sen. Roger Kahn donned a black eye patch to talk about the Senate resolution:


International Talk Like A Pirate Day had its origins over a racquetball game in 1995.

Democrats are beginning to get in line to replace U.S. Rep. Gary Peters, a Bloomfield Township Democrat who wants to become Michigan's next U.S. senator.
Farmington Hills resident Jessica McCall is the latest to jump into the race to replace Peters in the 2014 election.
State Rep. Rudy Hobbs, a Southfield Democrat, is already a declared candidate for the S-shaped   Democrat-leaning congressional seat that starts in Pontiac and ends in Detroit.

Republicans say Small is out of GOP race for Michigan U.S. Senate in 2014

Kimberly Small, 48th District Court judge in Bloomfield Hills, Mich., has opted not to run for the U.S. Senate.
So says former Michigan Republican Party Chairman Saul Anuzis on the social media platform Facebook.
Anuzis posted mid-morning Monday that Small has decided to stay focused on her job as a district judge. 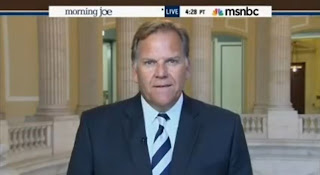 Michigan U.S. Rep. Mike Rogers has been hitting the airways over the looming crisis with Syria.
MSNBC's 'Morning Joe' Monday morning about the upcoming House vote on whether the U.S. should take military action in Syria.

Snyder supported an expansion of Medicaid in Michigan, a main point in Obamacare, a position that didn't endear the governor to ultra-conservatives and tea party Republicans. Legislation to allow for the expansion next year is on the way to the governor's desk for his signature after a contentious summer over it.  A poll of Republicans released Monday indicates most Republicans are not happy with Snyder about the Medicaid expansion, and that he may be vulnerable in a Republican primary next year.
Here's the outcome of the iCaucus poll: 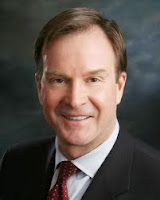 Many were surprised when Republican Michigan Attorney General Bill Schuette jumped into the Detroit bankruptcy debate on behalf of city retirees, who could lose pension benefits during the city's pending court proceedings.
"Retirees may face a potential financial crisis not of their own making, possibly a result of pension fund mismanagement," Schuette said in his late July announcement, though he also cited a legal argument that Michigan's constitution prevents public pension obligations from being "diminished or impaired."
But it might be helpful to note that Schuette is a public employee, too — albeit an elected one — and the fate of retirees in the Detroit bankruptcy filing could have repercussions for any retiree drawing a public pension.