Inside and outside of Oakland

Finally a bit of a break in the months of negative advertising on behalf of candidates in Michigan's high-profile U.S. Senate race.
In that race, U.S. Rep. Gary Peters, a Bloomfield, Mich., Democrat, is running for Senate against former Michigan Secretary of State Terri Lynn Land.
Peters' campaign announced Tuesday, Sept. 16, that Jon 'Bowzer' Bauman, former member of the band Sha Na Na, will campaign for Peters Wednesday at two Senior Votes Count! events in Flint and Lansing.

Bauman, now 67, is an advocate for seniors issues.
Peters has been, by far, the more physically visible of the two candidates.
With seven weeks until the Nov. 4 election, it's unlikely that Land won't agree to debate Peters, despite numerous invitations that Peters has accepted. That's because she likely afraid she wouldn't fare well in a head-to-head debate with Peters that voters deserve to see. 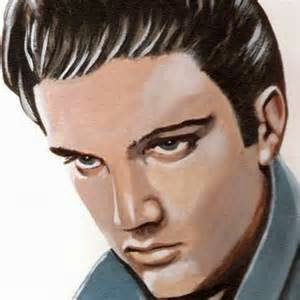 Now, Land's and Peters' campaigns have been tit-for-tat when it comes to advertising and social media presence, but that's about all. Land is essentially running a "stealth" campaign for the statewide federal office.
So she needs a musical act to balance out Peters' use of Bowzer in his campaign, one that reflects her current lack of visibility before the public.
Someone like .... Elvis.